Thanks to an email typo, a man from Phoenix is going to be attending a bachelor party in Vermont this weekend. The catch? He’s never met the groom. We caught up with him for an exclusive interview.

On Monday, Jan. 7, 2019, Will Novak of Phoenix, Arizona got an email with the subject line: “Angelo’s Bachelor Party.” Novak doesn’t know anyone named Angelo and his first reaction was to write it off as spam.

He didn’t and in the last 48 hours a bizarre turn of events has Will Novak coming to Vermont for a free ski weekend to attend a bachelor party for a guy he’s never met, and he’s getting a free lesson from Okemo.

We spoke with Will Novak (of Arizona) today and got the story of how it unfolded.

“It all started with this email,” says Will Novak. “I thought it might be one of those phishing emails made to look like it came from a Nigerian Prince,” said Novak. “Then I scrolled down and saw the list of people who hadn’t RSVP’d and saw ‘Bill Novak’ on the list. Novak is Czech and it’s like the Smith of the Czech Republic. I guessed it was probably a mistake and decided to email them back. I wanted to try to make them laugh and expected that they would be like ‘OK cool, have a great life.'”

Here’s an excerpt from the email: 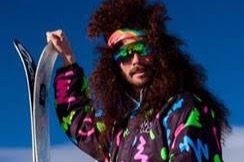 Will considered deleting the email but after rereading it, decided to respond. Here’s what he wrote back:

I do not know who Angelo is. I am a Will Novak who lives in Arizona. Vermont seems like a very far way for me to travel for the bachelor party of a guy I’ve never met.That being said: (expletive) count me in! From the contents of this email, Angelo sounds tremendous and I want to help send him off in style. I hope his bride (or groom) to be, is awesome. I should note that being a desert dweller, I’ve only been skiing once and I was real bad at it. I hope you all are patient with me on the slopes. In exchange for said patience, I can bring my sweet Nintendo Switch so we can play games in the cabin/chalet/whatever in the evenings. If Angelo isn’t into video games I’m happy to bring suduko puzzles or just Indian Leg Wrestle or whatever he likes.
I do find myself tripped up on what to wear. Clearly the direction of asking “what would Angelo wear?” Is a good one. However, again, I do not know him. I once got a wrestling singlet worn by “Hacksaw” Jim Dugan after a WWF event I attended in 1989 (don’t ask how- that’s private), I can just wear that- though it may not be cold weather conducive.

I wear a size L shirt. I am 35, so I’m not sure where that puts me in age priority in terms of beds. But I always travel with a foldable hammock, so I’m good no matter what.
I

f you can all advise me on the nearest airport to fly into, I’ll make arrangements forthwith.

– Will Novak
The one in Phoenix

PS if there’s ANY way I can get a discount on the $150 price, considering I don’t know how to ski, have to fly across the country and have never met this person, that’d be super appreciated. If that’s not amenable, I totally get it- I want to be there and support my man Angelo.

The crew planning the bachelor party fired back with an equally ridiculous response:

William Novak the one in Phoenix,

We all agree, we are all very excited to meet you. As you sound tremendous as well! We agree that your timely response may have been one of (if not the best) responses to an e-mail that has ever been sent. And we insist on you coming—this would surely make Angelos day. We can pick you up from the airport. We will provide an outfit that fits though I would agree the wrestling outfit will do just fine. I am sure we can scavenge some money to help your cause and eliminate some cost for sure. Don’t worry about the video games, but bring Sudoku puzzles (Angelo loves those), and yes we would prefer Indian Leg Wrestling. Your age of 35 fits right in, but unfortunately falls into the [bottom] half [of] the age bracket, [so we] would suggest bringing your folding hammock.
– Flights from Arizona that weekend are $230 RT. If we buck up an extra $ each we can help you out for sure. I don’t see why not—it sounds affordable to me.
– You can either fly into Newark airport in NJ, or Albany, NY. We will be waiting with a suit for you to wear and adequate transportation to Vermont and back to the airport.
– We are willing to eliminate the $150.00 cost. [bachelor party fees]
– If you don’t ski well you’re going to learn, and if not, [there are] plenty of bars and restaurants to where you can “hang out and put out the vibe”.
What we need from William Novak the one in Phoenix:
– Picture so we can identify you at the airport upon arrival. You’ll know who we are you can’t miss us.
– Facebook or something we can at least check you out, we are crazy but not stupid. I am sure you can understand this little request.
William Novak the one in Phoenix,
We look forward to meeting you and helping us send Angelo off. If you think we are kidding we are not. You better be coming, as we all are all dying to meet you. Not only will this be a weekend Angelo will not forget it will be one you surely will not forget as well.

An Arizona news outlet reported, when the actual Bill Novak, who works in film as an editor in Brooklyn, N.Y.  learned of the plan, he offered to buy Will Novak of Arizona a vintage ’80s ski suit to match his own for the weekend. Bill FaceTimed Will, he said, “He’s [Angelo] probably going to go beyond the floor, like dying laughing. He’s gonna love this. This’ll probably be the best present ever for him.”

Though the crew of 20 bachelor party invitees offered to pitch in, Will in Arizona was daunted by the cost of an unplanned trip cross-country. He and his wife Veronica have a 10-month-old baby daughter and just remodeled their historic Pheonix home. However, Angelo’s pals were adamant that he should join.

“One of my buddies told me to start a GoFundMe page. I was like, who would contribute to this? So I put one up, thinking I would prove my friends wrong,” said Novak.

It reads: “Help Me Go to the Bachelor Party of a Stranger,” and provides some of the details of the story, along with a breakdown of costs, including a car rental for his trip to and from the airport because, “on the off chance Angelo and his pals are murderers or horrible racists, having my own car will allow me to bounce.”

After clearing the trip with Veronica, he launched the page on Thursday, Jan. 10 just before dinner. By the time he and his family were finished eating, his travel expenses ($750) were more than funded. When Will learned that Angelo and his fiancee Devon are expecting their first baby, he decided to donate all funds beyond the $750 to cover his travel costs to the couple for a “whatever the baby needs fund,” for food, toys, college or other expenses. His goal is to raise $2,000 for them, which he plans to present as a giant check a friend had custom-made for him at FedEx this week. “My wife and I just had our first kid and I really think that $2,000 would just be an amazing way to help launch them forward.” Donations can be made here through the weekend.

So far, he knows that most of the groomsmen/bachelor party attendees grew up in suburban New Jersey with Angelo, whose family still owns a dessert shop and ice cream parlor there. They have been coming to Vermont to ski at Okemo together since they were kids. “I suspect these guys might be really good. Like they do this a lot,” says Will Novak, who called his one and only prior skiing experience in Colorado “horrifying.”

He knows that Angelo’s father, also named Angelo, will be there, and that the wedding is scheduled for the following weekend.

Novak, who is 35, grew up in Arizona and now works for the city of Mesa, Arizona in Economic Development, first tried skiing on a trip with his church group at age 14. After he joked about his poor skiing skills as a “desert dweller” online, Okemo Mountain Resort Ski and Ride Director Chris Saylor reached out to him and offered him a complimentary private lesson and tour of the rental fleet, first thing in the morning. “He was like, ‘Hey, meet me at the rental department at 7:30 a.m.! I’ll give you the crash course,'” to which Novak responded, “Wow that’s great, thank you! But can we not call it a ‘crash course?'”

For accommodations, the bachelor party will be staying at a member of the party’s home in Proctorville, Vt. and promises to hit the bars. All are welcome to join. “I want this to be an epic send-off for Angelo, for him to feel like the whole state of Vermont is wishing him well this weekend,” says Will.

Will is also excited to check out Vermont. He’s only been once, while he and his wife were living in Boston, to go apple picking outside of Burlington.

Novak still doesn’t know much about the crew he’ll be spending Martin Luther King Day weekend with (he has never seen a photo of Angelo), but he says he’s been struck by their generosity. “I sent some funny emails back and forth with them that had some subtle tests in them to try to make sure they were good guys,” says Novak.”We live in funny times, but I really get the sense with these strangers that we could just be best friends that haven’t met yet.”